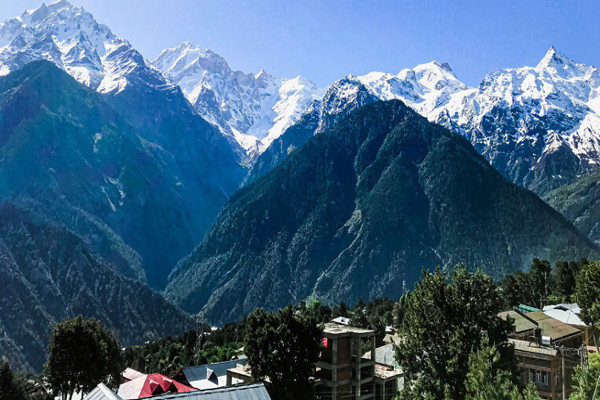 Shimla to Kinnaur is the most popular route for tourism. Kinnaur, also known as the land of fairy tales, remains snow clad for six months, is a very beautiful picturesque destination.

“Nature is one of the most underutilized treasures in life. It has the power to unburden hearts and reconnect to that inner place of peace."

Kinnaur is located on the ancient trade route between India and Tibet, ringed by the majestic Himalayan, Zanskar, and Dhauladhar ranges.Kinnaur is tremendously beautiful place and divided into two main valleys— Sangla Valley and Hangrang Valley.Kinnaur offers a lot to its tourist.Starting from green sangla valley which is rich in orchards of apple and apricots,to Chitkul- India’s last village on Indo-Tibet border which is peaceful picturesque place,to beautiful sight ofMt. Kinder Kailash at Kalpa which is considered as abode of Lord Shiva and pristine lake at Nako village.Besides this rivers Sutlej,Spiti,Basra and their tributaries add beauty to Kinnaur. Kinnaur’s natural beauty and plenty of treks which originates from here is treasure for adventure seekers.Some more attractions of Kinnaur are nearby places like Srikhand Mahadev Peak at Sarahan, LIPA-ASRANG SANCTUARY, Ribba, grape orchards and grape distilled alcohols and the innumerable trees with edible pines and Moorang,old fort believed to be built by Pandavas.

Taxi from Shimla to Kinnaur is readily available at CabBazar.

Shimla to Kinnaur by car is well connected through NH5 and is very convenient and comfortable drive. Shimla to Kinnaur distance is 257 Km and is 7.5 hours journey. Other famous tourist places on this route and nearby are :

Fagu - base for trekkers

base for many trekking expeditions

Moorang,old fort believed to be built by Pandavas

CabBazar is committed to keep the pricing as simple and clear as possible. So, we provide one price for your Shimla to Kinnaur taxi which covers a specified maximum kilometer and maximum days. So, you know upfront how much taxi is going to cost you and plan your budget well.

Taxi from Chandigarh to Manali

Taxi from Chandigarh to Shimla

Taxi from Chandigarh to Delhi