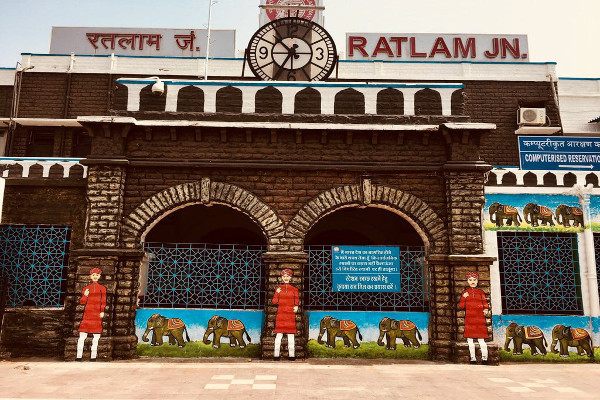 Rajkot to Ratlam is a very popular route for tourists. Ratlam known historically as Ratnapuri, is a city in the northwestern part of the Malwa region in Madhya Pradesh state of India.The city of Ratlam is 480 metres above sea level.

"Ratlam is famous for three things - sev, sona and station"

The new town of Ratlam was founded by Captain Borthwickin 1829 with regular and broadened streets and well built houses. Ratlam is one of the important districts of Madhya Pradesh and is situated in the north-west of the state "The Malwa Region". Ratlam was once one of the important commercial towns in Central India which is an extensive trade in opium, tobacco and salt. It was also known for its bargains called sattas. The district is known after the Headquarters town, Ratlam which was also the headquarter of Princely State of Ratlam.

Taxi from Rajkot to Ratlam is readily available at CabBazar.

Rajkot to Ratlam by car is well connected via NH48 and is very convenient and comfortable drive. Rajkot to Ratlam distance is 550 km and it takes it takes 10.5 hours to get to the destination. Other famous tourist places on this route and nearby are :

CabBazar is committed to keep the pricing as simple and clear as possible. So, we provide one price for your Rajkot to Ratlam taxi which covers a specified maximum kilometer and maximum days. So, you know upfront how much taxi is going to cost you and plan your budget well.