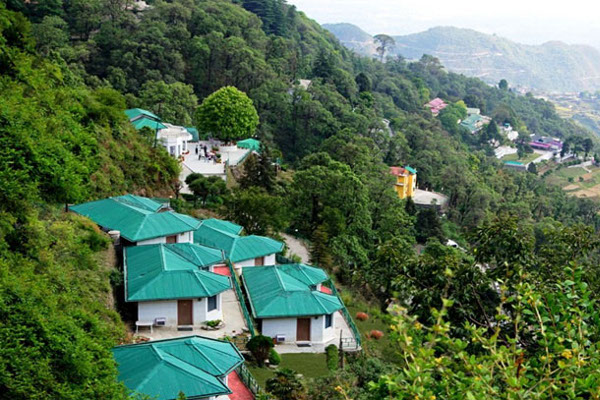 Jalandhar to Mussoorie is a very popular route for tourists all year round. Escape daily hurdles of your life and discover the quite side of Mussoorie also known as “Queen of the Hills”. One of the most popular tourist attractions in Mussoorie is The Mall (also known as the Mall Road), which is a slightly steep boulevard that has eateries and other shops lining its entire stretch. From the little houses spread around the area to the architecture of even the lamp posts.

"The mountains are calling and I must go"

If your idea about perfect holiday involves tranquil hills, untouchable nature and a holiday experience that is beyond your imagination, Mussoorie is the place you should be heading to. Nestled among the foothills of the Himalayas range, has a cool pleasant climate throughout the year. The pristine beauty of Mussoorie makes it very popular choice of holiday for honeymooners. Mussoorie has its own charm. If you want to enjoy the beautiful sight of the rolling green slopes juxtaposed with the snow-capped peaks of the Himalayas, Mussoorie is the place for you to be.

Taxi from Jalandhar to Mussoorie is readily available at CabBazar.

Mussoorie is best known for its pleasant temperatures, scenic views, especially in the monsoons, and numerous trekking and hiking trails.

Monsoons should be avoided to keep landslides from disrupting your plans. Mussoorie is a place which proves to be a delight no matter the season. So, while visiting this beautiful place, keep in mind the climate that will be most suited for you as well as what view you are looking forward to.

Jalandhar to Mussoorie is well connected via NH44 and NH 7 and is a very convenient and comfortable drive. Chandigargh to Mussoorie distance is 350 Km and is a 8 hours journey. Other famous tourist places on this route and nearby are:

Naag Tibba Trek - Known as the best weekend treks, the place offers a climb of about 10,000 ft. amid the snow clad mountains.

Dhanaulti - Houses Sukhanda Devi Shrine amidst the lushness of Himalayan greenery and attracts numerous pilgrims to its site.

Being an Aggregator, CabBazar provides you enormous car options for your Jalandhar to Mussoorie taxi booking. You can mention your specific preference, if any, while raising a taxi booking request. Our partnered taxi services providers have various cars available with them for Jalandhar to Mussoorie taxi service. At high level, we classify taxi in below four categories :

CabBazar is committed to keep the pricing as simple and clear as possible. So, we provide one price for your Jalandhar to Mussoorie taxi which covers a specified maximum kilometer and maximum days. So, you know upfront how much taxi is going to cost you and plan your budget well.

Taxi from Jalandhar to Ludhiana

Taxi from Jalandhar to Amritsar

Taxi from Jalandhar to Delhi