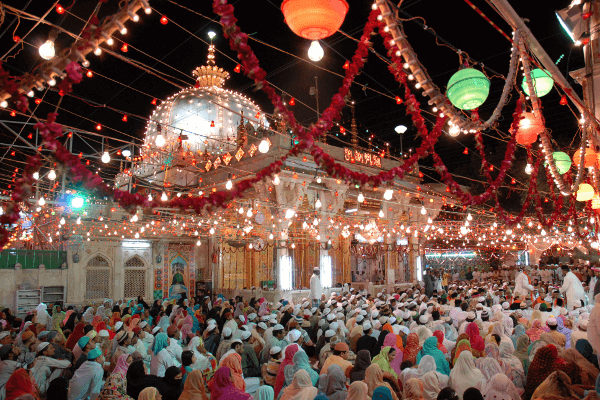 Jalandhar to Ajmer is the very popular route for tourists. The most famous attraction is Dargah Sharif, which houses the Tomb of Garib Nawaz, also known as Khwaja Moinuddin Chisti, the founder of the Chisti order of Sufism.

Taxi from Jalandhar to Ajmer is readily available at CabBazar.

Jalandhar to Ajmer by car is well connected via NH52 and is very convenient and comfortable drive. The popular stopover on the way are Hisar, Sikar. Jalandhar to Ajmer distance is 693 Km and is 13.5 hours journey. Another route is via Delhi, Jaipur which is longer by 70 Km. Other famous tourist places on this route and nearby are :

CabBazar is committed to keep the pricing as simple and clear as possible. So, we provide one price for your Jalandhar to Ajmer taxi which covers a specified maximum kilometer and maximum days. So, you know upfront how much taxi is going to cost you and plan your budget well.

Taxi from Jalandhar to Ludhiana

Taxi from Jalandhar to Amritsar

Taxi from Jalandhar to Delhi