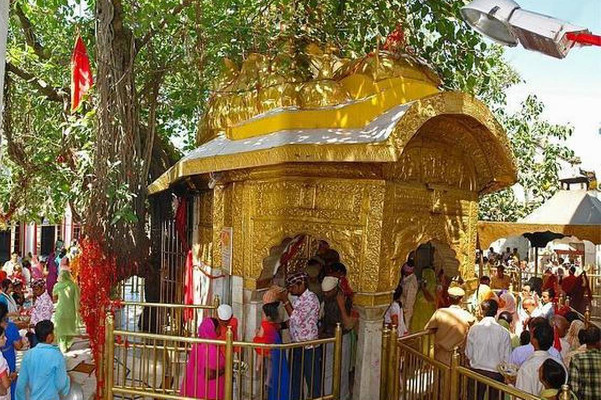 Chandigarh to Una is the most popular route for tourism. Una is popular gateway town of Himachal Pradesh. District is stopover for tourists and pilgrims coming from Dharamshala, Kullu Manali and Chintpurni.

Una is famous for Una fort, home to the descendants of Guru Nanak, first Sikh guru. Una is surrounded by beautiful landscapes and lakes. Una houses some of stunning picnic spots also. Guru Arjun Dev, the 5th Guru of the Sikhs, is said to have named the place 'Unnati' meaning progress as a mark of respect for the hardworking people who work the land. Another major attraction is Dera Baba Vadbhag Singh Gurudwara. It is important pilgrimage for Sikhs. Thousands of tourists and pilgrims crowded here in month of February during Baba Vadbhag Singh Mela (fair). This is a unique fair in Himachal Pradesh where patients come in scores to seek baba's blessings with a hope of being cured of their illness (specially mental illness). Other prime attraction is Chintpurni temple. Devotees keep on flocking here round the year but during Navrata Fairs in March/April and September/October large number of pilgrims visit this temple. During these days Chintpurni takes a festive look. Chintpurni temple is considered as Shaktipeeth and represented as a pindi — a stone with embedded footprints of Goddess Sati. Believers hold that as the dead body of Sati dismembered during an all consuming cosmic Tandav dance of Lord Shiva, it was the dead goddesses feet that fell at Chintpurni, giving the place its name. Other attractions are Old Shiva temple believed as Gurukul school of Acharya Drona and Solah Singhi Dhar. Solah Singhi dhar is unexplored gem, was the outpost of Katoch Dynasty of Kangra houses two forts. Adventure lovers go for trekking here. Other famous trek is Trek to Bangana fort which is 26 kms from Una.

Taxi from Chandigarh to Una is readily available at CabBazar.

Chandigarh to Una by car is well connected through NH205 and NH503 and is very convenient and comfortable drive. Chandigarh to Una distance is 120 Km and is 2.5 hours journey. Other famous tourist places on this route and nearby are :

Bangana Forts one has to trek over a rocky trail

CabBazar is committed to keep the pricing as simple and clear as possible. So, we provide one price for your Chandigarh to Una taxi which covers a specified maximum kilometer and maximum days. So, you know upfront how much taxi is going to cost you and plan your budget well.

Taxi from Chandigarh to Manali

Taxi from Chandigarh to Shimla

Taxi from Chandigarh to Delhi