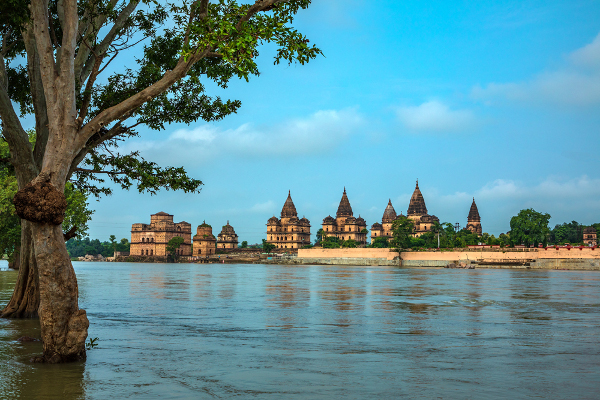 Khajuraho to Orchha is very popular route for both religion and tourism. Orchha is famous for its palaces and temples built in 16th and 17th centuries and still maintain its grandeur.

"The Orchha fort complex houses large no of ancient monuments consisting of the fort, palaces, temple and other edifices."

Orchha is a historic town and situated on the bank of River Betwa in Madhya Pradesh. It is popularly known as city of palaces and Ochha literally means a hidden place. Here, the River Betwa splits into seven channels called Saptdhara. Town is world famous for its classic mural paintings and Chhatris that were constructed to commemorate the Bundela rulers. The major attractions of town are Ram Raja temple (the only place where Lord Ram is worshipped both as a God and a king), Laxmi Narayan Temple (known for its unique architecture which is a melange of a fort and a temple), and the Jahangir Mahal (built in hour of Mughal emperor Jahangir). The medieval architecture of Orchha's palaces and temples is a visual delight for photographers.

Taxi from Khajuraho to Orchha is readily available at CabBazar.

CabBazar is committed to keep the pricing as simple and clear as possible. So, we provide one price for your Khajuraho to Orchha taxi which covers a specified maximum kilometer and maximum days. So, you know upfront how much taxi is going to cost you and plan your budget well.

What is the distance from Khajuraho to Orchha by car?

The distance from Khajuraho to Orchha by car is 170 km.

How long does it take from Khajuraho to Orchha by road?

It takes approx. 3 to 4 hours depending on traffic.

How much is Khajuraho to Orchha taxi fare?

Khajuraho to Orchha taxi fare is approx. ₹2000 for a good sedan car like Etios, Dzire and is approx. ₹3100 for SUV car. For best price on your travel date for various car rental options, please enter trip details and check.

Do I need to make payment in advance to book Khajuraho to Orchha cab?

You will need to pay just 10-20% amount in advance for booking Khajuraho to Orchha cab. 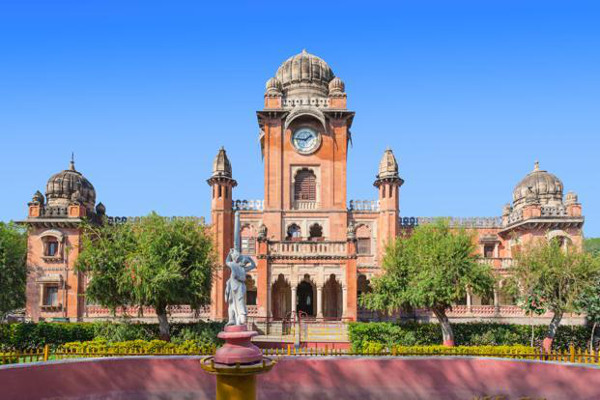 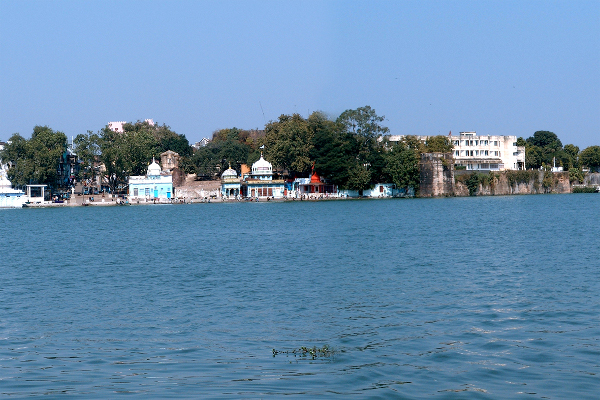