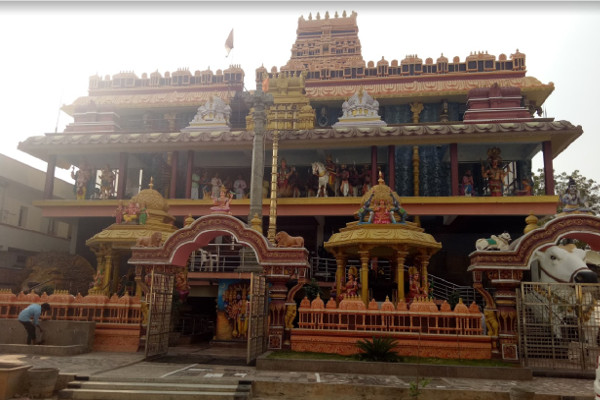 Bangalore to Raichur is a very popular route for tourism. Raichur is an important and significant historical place. Tourists visit here for hills, historic inscriptions and old temples present in and around Raichur attracts pilgrims also.

"Historical investigation has for its aim to fix the order and character of events throughout past time and in all places. The task is frankly superhuman."

Located between Krishna and Tungabhadra rivers, Raichur is historically known as Doab which in Hindi means two rivers. Raichur is very rich archaeological site. Hundreds of inscriptions has been yielded from here. These inscriptions are from Maurya period upto the end of Muslim period. Inscriptions found here are in variety of languages like Sanskrit, Prakrit, Kannada, Arabic and Persian and belonging to almost all the dynasties that ruled over the Dekkan. The most important places from this point of view are Maski, Koppal, Kuknur, Mudgal and Raichur. Main tourist attraction is Raichur fort which is of great historical importance is surrounded on three sides by a double row of low circuit walls. Another attractions are nearby town Annegundi which is famous for rice cultivation in Southern India, Ek Minar ki Masjid (built in Persian architectural style) and Jama Masjid (one of most beautiful and biggest mosque in area). Other important places which attracts tourist are Devarbhupur, famous for Amareshvara Temple and jaggery trade and Sugureshwara or Veerabhadra Temple The annual jatra of this temple, attracts a large number of devotees. Manvi is a popular pilgrimage centre in the region and popular for its fairs and festivals such as Yellamma fair, Maha Malleshwarappa Fair, Sanjeevaraya Fair etc. Manvi also has a ruined fort. The island fort of Jaldurga is also popular for its scenic beauty. Raichur is also house of Medical college, Engineering college and university of agriculture sciences.

Taxi from Bangalore to Raichur is readily available at CabBazar.

The Ashokan Edict of Maski

Being an Aggregator, CabBazar provides you enormous car options for your Bangalore to Raichur taxi booking. You can mention your specific preference, if any, while raising a taxi booking request. Our partnered taxi services providers have various cars available with them for Bangalore to Raichur taxi service. At high level, we classify taxi in below four categories :

CabBazar is committed to keep the pricing as simple and clear as possible. So, we provide one price for your Bangalore to Raichur taxi which covers a specified maximum kilometer and maximum days. So, you know upfront how much taxi is going to cost you and plan your budget well.