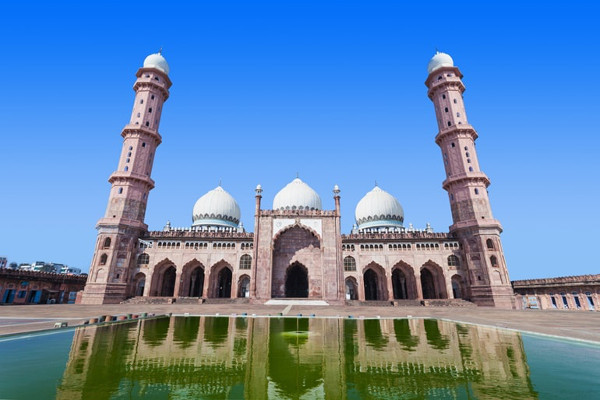 Bangalore to Bhopal is a very popular route for both tourism and business. Bhopal is one of greenest cities of India. Bhopal is famous for its artificial lakes named Upper lake and lower lake.

"The City, Once devastated - By Worst ever gas tragedy, Now reincarnated -- To be cleanest capital city of Country"

Bhopal, the capital city of Madhya Pradesh, has charm of a modern town as well as freshness of Island. City has got many natural and artificial lakes around it but it is famous because of a pair of artificial lakes i.e. Upper lake and lower lake. These lakes divided city into two. On north side is old town with rustic mosques, Havelis, bustling bazaars and lazy alleys. On its South is new town with modern malls, infrastructure, wide roads and shopping complexes. Bhopal is perfect blend of old and new, past and present, rustic and classy. Industry, education and tourism are its strong areas. Tourists attracts towards its breathtaking beautiful havelis, museums and Nawabi food. Bhopal showcase some of spectacular Mughal architecture through Taj-Ul-Masjid and Moti Masjid. Taj-Ul-Masjid is one of largest in India and was built by the third female ruler, Shah jahan Begum. Tragically, Bhopal also have impressions of a world's worst industrial disaster in the chemical plant of Union Carbide that was responsible for at least 8000 deaths from the explosion alone. Other major attractions are Bhimbetka rock shelters, Gohar palace, Shakaut Mahal, Kanha fun city, Bori wildlife sanctuary. Many eco tourism packages are also run by Bhopal ecotourism department around the lakes of the Bhopal. Sanchi Stupa Laxmi Narayan temple and Birla Mandir also attracts tourists to Bhopal.

Taxi from Bangalore to Bhopal is readily available at CabBazar.

Bangalore to Bhopal by car is well connected via Srinagar - Kanyakumari highway and is very comfortable drive. Bangalore to Bhopal distance is 1445 Km and is 26 hours journey. Other famous tourist places on this routes and nearby are:

CabBazar is committed to keep the pricing as simple and clear as possible. So, we provide one price for your Bangalore to Bhopal taxi which covers a specified maximum kilometer and maximum days. So, you know upfront how much taxi is going to cost you and plan your budget well.